Teachers and students of the college annually conduct events which became traditional and make the life of college interesting, informative and unrepeatable.

Health day - annually in September is the trip for students to Issyk lake is conducted. It is a traditional event for freshmen.

Contest of talents - the event is aimed to reveal creative skills of youth and exchanging the experiences.

Histotical quest-contest - it is a new and entertaining format of studying the history and attractions of Almaty.

Initiation into students - it is one of the brightest traditions of our college. It is aimed to to include freshmen into the active life of the college.

Marketing battle - International day of marketologist is the professional holiday for specialists of this field.

Meeting of college administration with the group activists - it is aimed to improve educational and upbringing process at the college.

Business economic game "I am an entrpreneur" -  the game is conducted since 2011 among the students of the college.

Panel discussion "Youth. Entrepreneurship. Business" - before conducting the game "I am an entrepreneur" it became tradition to conduct panel discussion with successfull businessmen of Kazakhstan.

Student scientific conference - it is aimed to awaken youth's interest to scientific activity.

Student's day - there are different entertainings are organised for students.

Glory moment - traditionally, every year the contest of talents "Glory moment" is conducted, where the best of the bests show their skills.

The contest of professional mastery "Business lady" - in this students' competition girls of the college can show their professional and creative skills.

KVN - is the most funny tradition of our college.

"Kozy-Korpeshand Bayan-Sulu" contest - celebrating the Day of Love became tradition in our college.

The Day of unity

The contest of array and song - this contest is conducted traditionally among the students of the 1st course: passage with the solemn march, singing the song.

Memory watch - students of the college carry the memory watch by the eternal flame in the park of 28 Panfilov guardsmen and by the monument of internationalist warriors died in Afganistan. 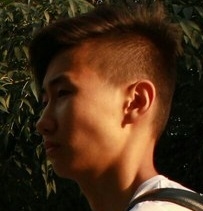